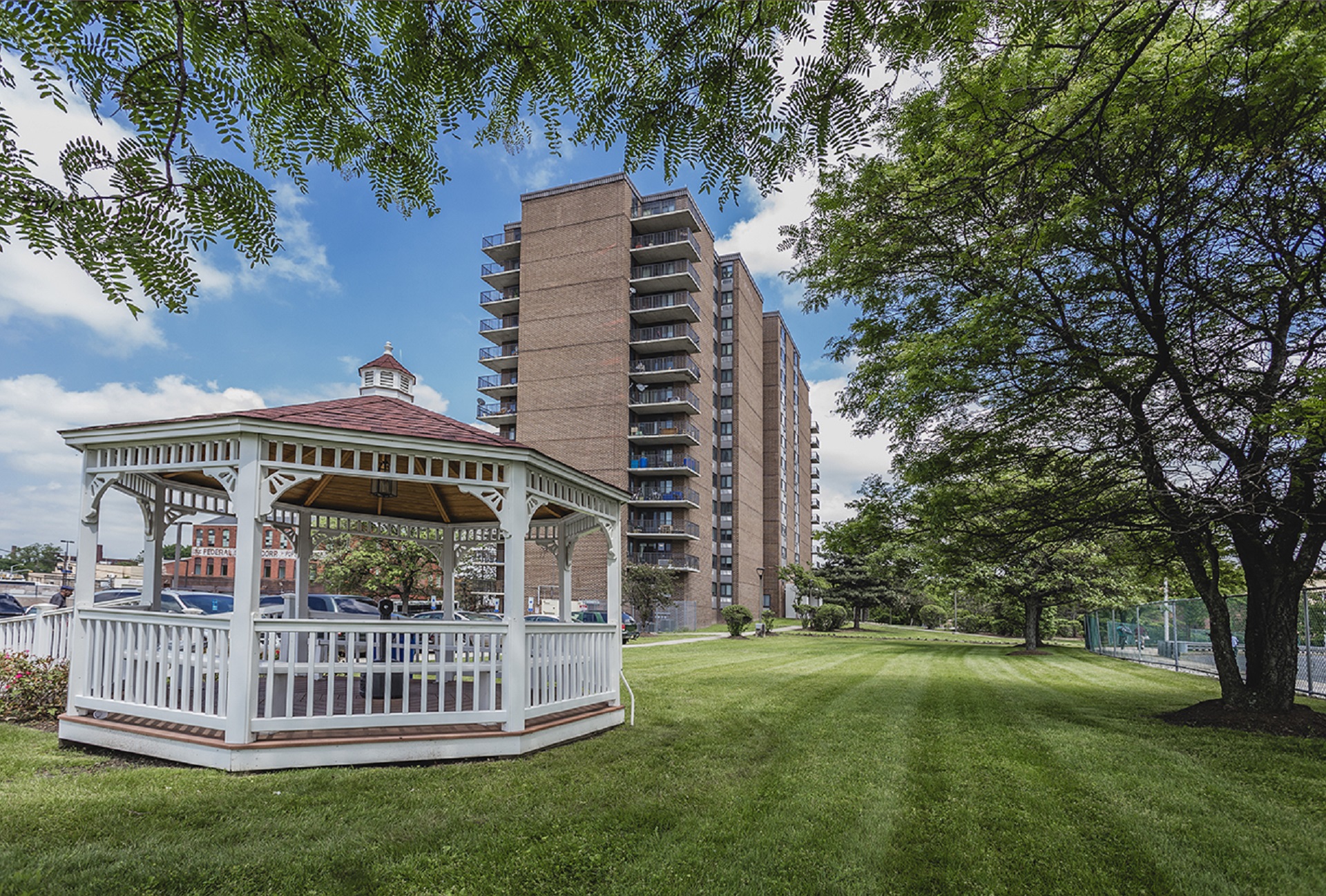 “The property was spiraling down,” says Jason Bordainick, co-founder and managing partner of HVPG. “If it ended up continuing in that direction, people would have been displaced because of obsolescence of the property over time.”

The rehabilitation of the 207-unit development is on track to be completed in November.

The turnaround of Colt Arms is about a $30 million project, with approximately $12 million of that amount being invested into the building. The rehabilitation includes replacement of the building’s heating system and improvements to safety and security systems. Individual apartments are also being rehabbed with new kitchens, bathrooms, and floors.

The other critical piece of preserving the property has been to help residents by “project-basing” the apartments through the RAD conversion, says Bordainick.

“The majority of residents were not subsidized,” he says. “As a result of the RAD program, effectively all of the residents who are income-qualified received project-based assistance, which lowered the amount of money that the tenants had to pay out of pocket.”

Most residents will now pay just 30% of their income toward rent. Under the RAD conversion, 154 units have PBRA through the Department of Housing and Urban Development. The New Jersey Department of Community Affairs provides Sec. 8 project-based vouchers for an additional 52 units.

The mix allows HVPG to accommodate different residents and not displace anyone who has been living at Colt Arms.

PBRA contracts help owners like HVPG to address deferred maintenance and long-term affordability of privately assisted housing stock. They offer longer-term, 20-year contracts instead of the typical 15-year project-based vouchers, and they are made directly with HUD rather than going through public housing authorities.

The authorization of the PBRA contracts is key for preserving older assisted HUD properties under the Sec. 236 and 221(d)(3) programs that have 40-year contracts expiring with no renewals.

The development team also had to decouple the Sec. 236 interest reduction payment. There are two tranches of debt—one against the mortgage on the property and another on the decoupled IRP stream, which had about eight more years left, says Bordainick.

“We spent a lot of time and money in advance of closing to execute a variety of tests, third-party reports, and meetings with tenants to ensure that we had the right budget and scope for the preservation work,” he says.

Metro Co. acted as consultants for this deal, and the Nixon Peabody and Berman Indictor law firms collaborated on the deal.