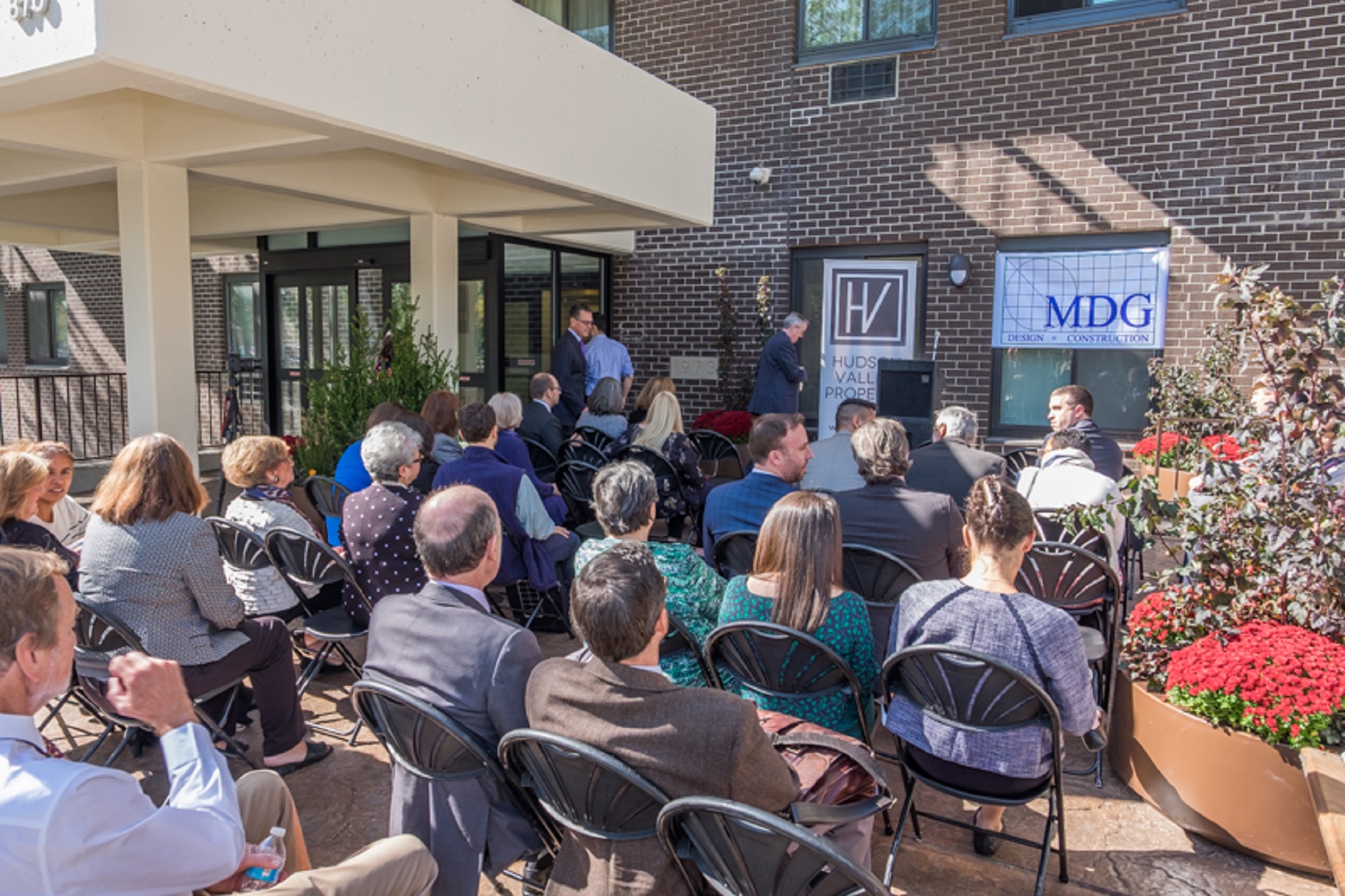 “Marien-Heim Tower illustrates HUD’s ongoing commitment to providing and preserving affordable housing for our seniors,” said Holly Leicht, HUD Regional Administrator for New York and New Jersey. “Originally financed and built through a HUD-insured loan, residents have benefited from federally subsidized rents for decades. Now, thanks to our Rental Assistance Demonstration, those affordable rents will be preserved, and much-needed repairs will make residents proud to call Marien-Heim Tower home.”

HCR Commissioner James S. Rubin said: “Keeping this apartment complex and others like it livable and affordable is a central tenet of Governor Cuomo’s affordable housing program. Simply put, this housing – these homes and others like them – are irreplaceable, and preserving them is not optional. We are so pleased with this outcome. The acquisition and renovation of Marien-Heim Tower is also a perfect example of how essential our partners are. Without HUD’s RAD program this project would have been unaffordable. We are grateful to all of our public, nonprofit, and private sector partners for stepping up and leaning in to keep this development viable, make it green, and maintain its affordability for the next 40 years.”

Marien-Heim Tower was built in 1975 using a HUD Section 236 loan guarantee, and contained a mix of 132 studios and 49 one-bedroom apartments. Over 40 years later, the building was in need of capital maintenance and upgrades, and Marien-Heim Tower Associates worked with MDG and HVPG to secure funding through HCR to finance the renovations while preserving its affordability for low-income seniors. The development leveraged HUD’s Rental Assistance Demonstration (RAD), which facilitated the $52.7 million acquisition and rehab project, and included $16 million in hard construction costs. The RAD program restricts residents’ rent to no more than 30% of their income while providing financing for required renovations.

“As developers on a project, residents are always our first priority,” said Michael T. Rooney, Sr., principal of MDG Design + Construction. “In the renovations for Marien-Heim Tower, our efforts were aimed at making the necessary upgrades to improve their quality of life, while maintaining long term affordability for vulnerable members of the community. The residents, who remained in their apartments for the duration of the project, developed friendships with the workers as they interacted on a daily basis, resulting in a positive and comfortable experience for workers and residents alike.”

“Working hand-in-hand with not-for-profit owners on transformative projects that give residents a much nicer, more comfortable place to call home is at the core of what we do. We are thankful for the good stewardship of the agencies—NYSHCR and HUD—and the very dedicated Marien-Heim staff for making the project such a great success,” Jason Bordainick, Managing Partner, Hudson Valley Property Group.

“The board and staff of Marien-Heim Tower are grateful for the partnership we have developed with Hudson Valley Property Group and MDG Design + Construction,” said Robert J. Walsh, President and Chairman of the Board of Marien-Heim Tower. “This partnership was fostered by our counsel, Richard Singer, and accomplished with the outstanding creative work done by our architect, Jim Terjesen. It was the answer to our years-long search to find a way to do much needed renovations of our property without abandoning our century-long mission to provide safe, secure, and affordable housing for older adults in Brooklyn. Every prior proposal we received would have involved our not-for-profit organization receiving a lot of money through the sale of the property and in turn losing our mission and involvement in the ongoing life of the Marien-Heim Tower. We are also extremely grateful to the various state and federal government agencies who work worked with us to help this become a reality. Finally, we have the good fortune to have our very capable administrator, Theresa Vacante, and her small but smart and very dedicated staff. Without them, none of this would have been possible.”

The Marien-Heim Tower renovations totaled $16 million and were carried out with the tenants in place. The new renovations feature energy and green improvements, façade and exterior repairs and replacements, apartment rehabilitations, building beautification, and quality of life improvements. Apartments were upgraded with new kitchens (cabinets, appliances, flooring, sinks), new water-saving bathroom sinks, showers and toilets, apartment floor repairs, new GFI outlets in the bathrooms, and new painting. The energy and green improvements include switching from an oil boiler to a new high-efficiency gas boiler; new windows, balcony doors and building entry doors; energy-efficient lighting throughout the building; bi-level lighting in the public hallways and stairwells; occupancy sensors in trash rooms, cellar and ground floor rooms; energy efficient exhaust fans; and weather stripping at all entry doors. BrightPower is monitoring the building’s energy improvements and, since their implementation, Marien-Heim Tower saved $49,749 in combined energy, electric, gas and water costs between August 2015 and August 2016. Overall energy, gas, and water usage has decreased by 19%.

“The energy and water-related improvements at Marien-Heim Tower will tremendously improve building efficiency and more importantly, the quality of life for its residents. We were fortunate to work with the entire Marien-Heim Tower team, whose dedication to providing and maintaining long-lasting affordability and comfort was truly exceptional,” said Jeff Perlman, CEO, Bright Power.

Additionally, renovations were done to the community room, library, and laundry room, as well as the senior center. Operated by the Senior Citizens League of Flatbush, the senior center offers exercise classes like yoga and dance, educational classes, discussion groups, inter-generational programs, and a daily kosher lunch for seniors in the neighborhood.

A variety of private and public capital contributed to the preservation of Marien-Heim Tower. HCR’s Housing Finance Agency (HFA) provided $26.5 million in tax-exempt construction bonds, $15.8 million in permanent bonds, and $18.7 million in as-of-right 4% Low Income Housing Tax Credits. Richman Equity syndicated the tax credits and Citibank was the tax credit investor. Through HUD’s RAD program, all tenants received project-based Section 8 vouchers, except for tenants who previously had portable Section 8 vouchers and units assisted under an existing project-based Section 8 contract. The new Section 8 contract guarantees the affordability of the development.