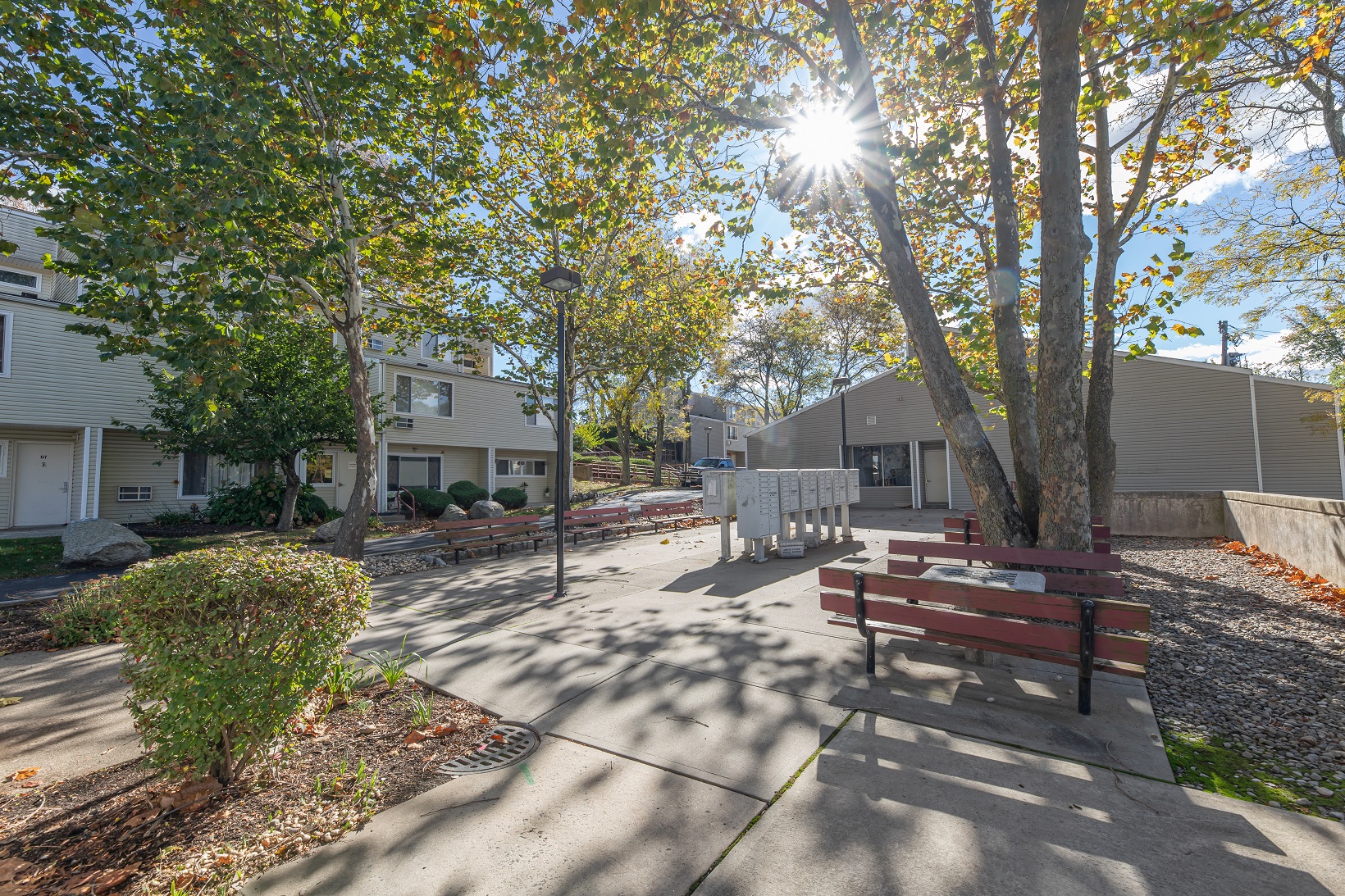 The Hudson Valley Property Group paid $25.7 million for Lakeview Village on Memorial Park Drive and the HighView Apartments at 105 Fred Hecht Drive on the village’s Hill section, according to the company. Backed by potential federal tax credits, the price is part of a $44 million redevelopment the company said includes apartment renovations, exterior building repairs, added security systems, and preserving the affordability of the 144-unit Lakeview Village senior complex and Highview’s 76 family units.

The group’s principals, former Spring Valley residents Jason Bordainick, 40, and  Andrew Cavaluzzi, 41, contend the redevelopment will modernize the complexes and improve the quality of life for the residents. Bordainick is the group’s CEO and co-founder with Cavaluzzi. Bordainick’s father, Izzy, is the former North Rockland High School principal and district personnel chief. Cavaluzzi’s father Robert taught English at Spring Valley High School and his mother taught Spanish at the junior high school.

“Preserving quality affordable housing is an incredibly important way to protect our most vulnerable populations,” Bordainick said. “When our renovations are complete, residents will have a clean, bright, safe space to call home with services that are designed to accommodate their needs.” Cavaluzzi said the budget allocates $50,000 per apartment. Planned work includes new flooring, fixtures, kitchen appliances, lighting and a working laundry. He said the upgrade includes masonry work to the buildings, changing the blood-red color. “The idea and goal are to make the places where people feel really good about living,” Cavaluzzi said. “We want people to feel comfortable and safe and proud of where they live.”

Brenda Lubin, 20, said she hopes the promises are kept. She said renovated apartments and improved security would be welcomed, as well as maintaining the affordable rents. “The idea is good, especially with the economy we live in,” Lubin said, wearing an East Ramapo Titans shirt and sitting in her car in the parking lot. She coaches modified girls volleyball. “It will be nice to see a little change,” she said. ” A lot of families are low-income and working. The rents need to be affordable.”

Bordainick and Cavaluzzi started the firm after being inspired by the housing inefficiencies they observed in their community, especially for lower-income families, a company release announcing the plans stated. During the past decade, they have preserved more than 8,200 units of affordable housing across New York and the surrounding regions, according to the release.

Spring Valley hosts numerous rental apartment complexes across the 2½-square-mile diverse community. Several have been bought and redeveloped, such as some along Union Road. Some of the complexes include the 146-bedroom Gesner Apartments in front of Union Road off Maple Avenue, while the 178-unit Hickory House on Main Street has shareholders. Main Street is lined with apartments over stores along with a housing complex at Maple Avenue from the village’s urban renewal project. Along with housing redevelopment on the Hill Section by HighView Apartments on Bethune Boulevard, the village neighborhoods and some rental complexes have been changing from predominately working-class tenants and people of color to Hasidic Jewish families.

The Hudson Valley Property Group release stated the affordability restrictions on Lakeview and HighView are set to expire in 2022 when Cavaluzzi said the renovation work is scheduled to start.

The company is working on obtaining funding from a federal government subsidy program — Low-Income Housing Tax Credits — for the renovation. All apartment rents will be income-restricted to tenants earning 60% of the area median income or less.

The low-income housing tax credit program, created by the 1986 Tax Reform Act, is the federal government’s primary policy tool for the development of affordable rental housing. The Hudson Valley Property Group in its release said it has acquired 2,863 apartments through tax credits. The tax credits are awarded to developers to offset the cost of constructing rental housing in exchange for agreeing to reserve a fraction of rent-restricted units for lower-income households. Developers may claim the tax credits in equal amounts over 10 years once a property is completed and available to be rented. The program is estimated to cost the government an average of $10.9 billion annually.

Renovation plans for both complexes

The two developments’ 220 units include 16 studio, 151 one-bedroom, 32 two-bedroom, and 21 three-to-five-bedroom apartments. Cavaluzzi said work on both complexes will happen simultaneously, with completion within 12 to 15 months. He estimated each apartment will take about two weeks. A hospitality suite will be available during work hours for tenants.

The renovations also will include energy-efficient upgrades such as Energy Star-rated appliances, high-efficiency heating and cooling systems, and LED bulbs, according to the company. The renovations will provide updated bathrooms and new flooring; ventilation upgrades; and other cosmetic improvements. Plans call for common spaces to receive green building and cosmetic upgrades and for security cameras to be installed throughout the properties.

Bordainick and Cavaluzzi said based on the tenants’ needs, there could be recreational, educational, wellness programs, financial education seminars, and seasonal celebrations. The group will have a private company oversee the property’s management, including security, general and preventative maintenance and emergency repairs, financial reporting, and recertification of tenants. Cavaluzzi said the complexes are their  first venture in Rockland. He said the fact they grew up in Spring Valley and attended local schools makes the projects extra special.